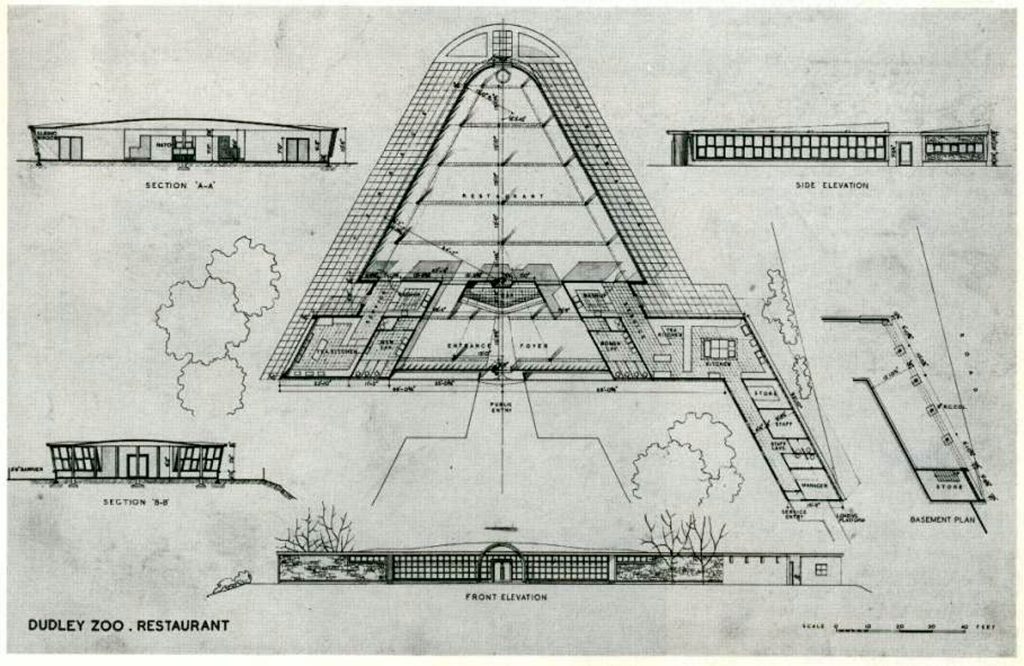 The Castle Restaurant, as one of the buildings whose design would need to be sensitive to the castle due to its proximity, was of necessity a single-storey structure, with a deliberately low profile so as not to disturb the view from the monument. Its shape was determined by the symmetrical triangular apex of the limestone outcrop on which it is set, which gives dramatic views over the steep, wooded slopes of Castle Hill to the north. The main elevation looks out onto the sea lion pools, with the curtain wall of the castle rising beyond it. This front elevation is constructed mostly by glazed timber lattice frames, the two end sections being uniquely rubble stone, to reflect its sensitive location. The restaurant was the main space for formal eating in the zoo, with two cafés providing snacks. The seating area to the rear of the bar was used in the 1960s and 1970s as a venue for evening entertainment, including dancing and live acts. There have been accretive changes associated with changing needs, and some upgrading and alteration of the internal fittings to reflect modern usage, as it remains in use as a restaurant.