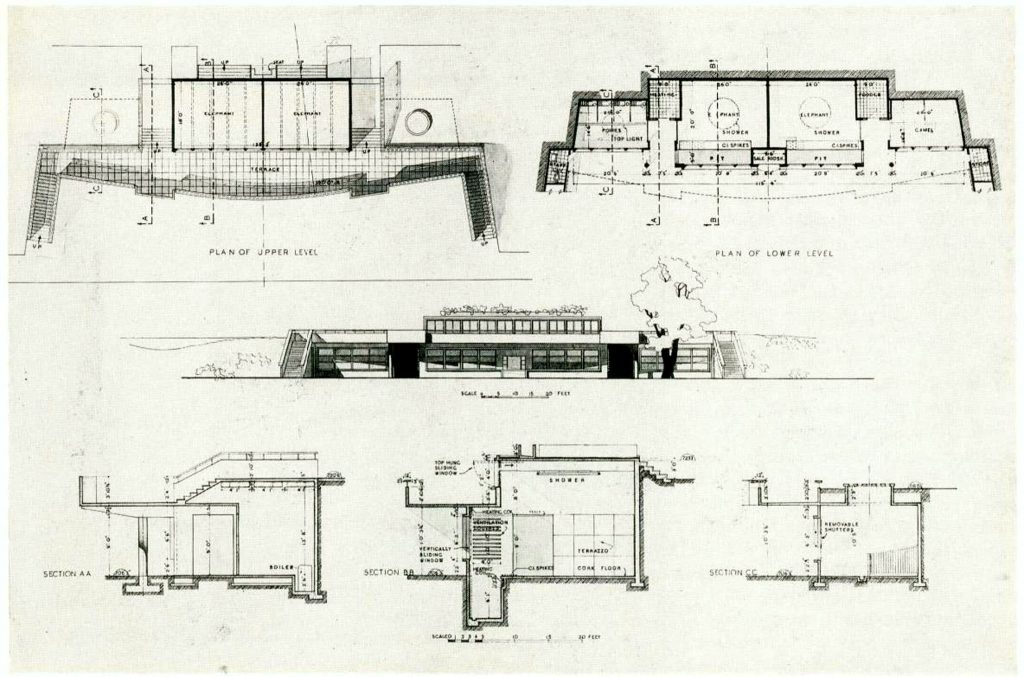 The Elephant House was built not only to house elephants, but camels and Shetland ponies. Constructed in one of the more sensitive locations in the zoo, just outside the castle moat and in clear view from the ruins above, the Elephant House was built into the slope between two terraces, in order to be as unobtrusive as possible. The roof of the building doubles as a viewing platform, and is level with the higher terrace; integral stairs at either end of the range give access to the lower terrace, which has access to the interior of the building. Like the other large animal houses, it therefore had a dual purpose, both housing and displaying animals, and also cleverly linking the paths and roads at different levels. It was so arranged that the animals can be viewed either from below the canopy or from the gallery above. Top lighting gave the animals the maximum of the South sun. They were not separated from the public by heavy bars as was usual, but by a ditch and a row of spikes. As the Elephant’s tenderest part is the sole of his foot, he will avoid hurting himself on the spikes and is so kept within his enclosure. For the same reason, the floors in this house were covered with rubber. Artificial rain was provided from the ceiling as an Elephant’s skin has a tendency to become dry in summer.

The building has undergone significant alterations since its completion, including changes to its lower-level main elevation. It ceased to house elephants in 2003.