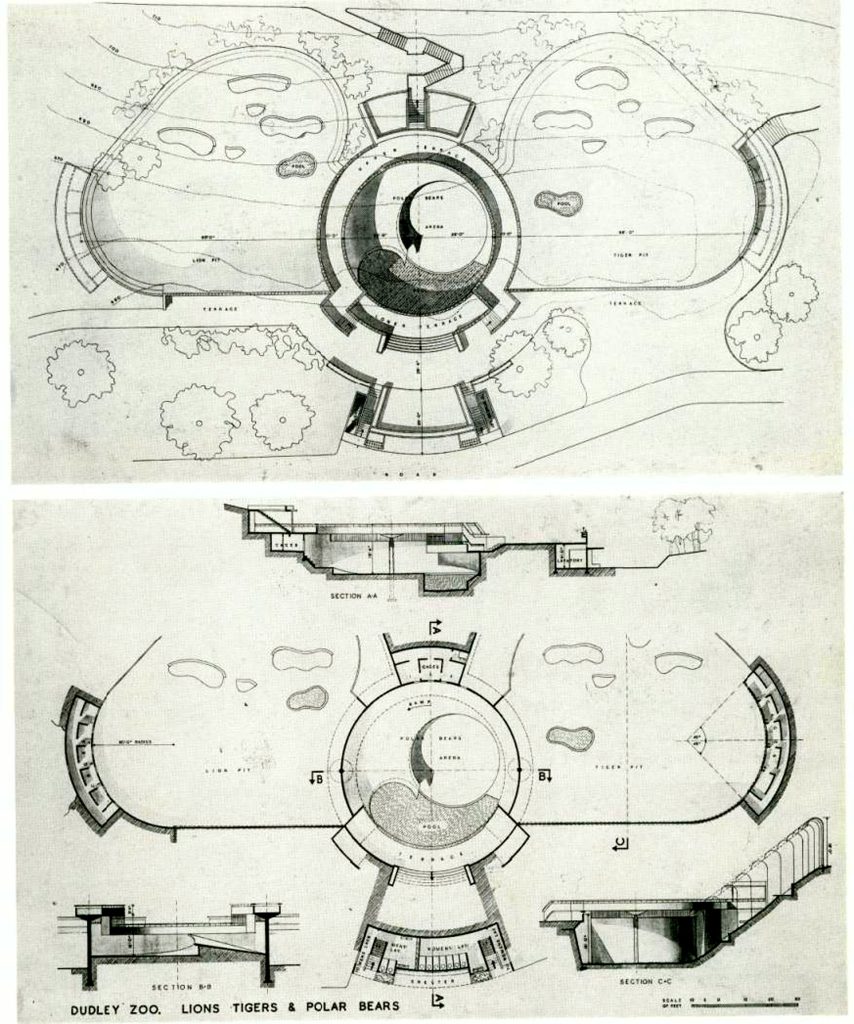 The polar bear pit and the lion and tiger enclosures, like the brown bear ravine, took full advantage of an existing topography of the zoo grounds; the complex was built into an area of historic quarrying, in a deep ravine. The bottom of the ravine was further excavated in order to create a deep enough area in which to build the polar bear pit. The unflinchingly geometric forms used for the polar bear pit and the regular terraces contrast sharply with the rugged, natural background of the hillside. The central polar bear pit was provided with an elevated terrace, which bridges the ravine and allows a high-level view into all three enclosures. The steeply-sloping nature of the site meant that, like the other larger animal enclosures in the zoo, the design of the buildings was able to facilitate the movement of visitors from one level to another within the grounds without an obvious steep climb. The terraces share the common parapet and railing exhibited by several Tecton buildings within the zoo. The 10-foot wide viewing terrace is supported at intervals on centrally-placed columns with mushroom capitals; this feature was also used for the large elevated section of the brown bear terraces, and provides a further visual link between the buildings, despite their very different forms.

Despite being renovated in 2005, the enclosure is no longer suitable for the keeping of polar bears. Brown bears occupy the centre of the ravine with tigers and monkeys either side.